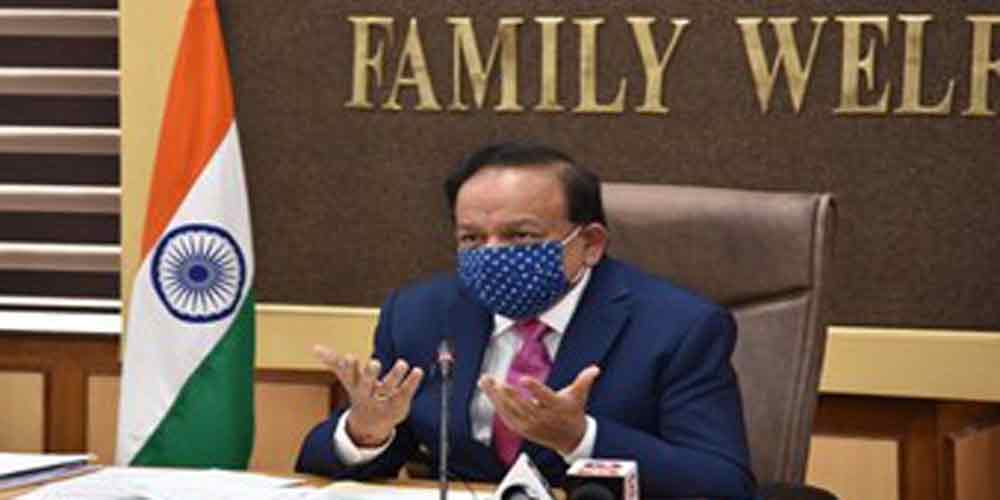 Indian Health Minister Dr. Harsh Vardhan today announced in Chennai that covid vaccination drive in the Country would begin on the 17th of this month. The health Minister who is on a two day visit to the State told media that the Government under the leadership of Prime Minister Narendra Modi will end Covid just like the eradication of Polio.

He said that since the Narendra Modi Government took proactive steps to control the spread, the incidence and the fatalities were reduced considerably prompting the attention of the world.

He said that the Centre had opened 2300 testing centres throughout the Country, which had worked 24×7 to test scores of samples to confirm the disease. He said that more than one crore people have returned home safe after treatment of Covid 19. The Minister lauded the Tamilnadu Government for taking swift measures in controlling the spread of the virus. The Minister also reviewed the presentation on the action taken toward containing the spread of the virus.

Mr. Harshvardhan also met Tamil Nadu Chief Minister Edappadi Palanisamy and had a meeting with the Ministers. He is scheduled to visit vaccination facilities at various places. The Minister is also visiting the vaccination Centre and the Hindustan Bio tech plant at Chengalpattu near Chennai.He will be returning to Delhi on Saturday.

Speaking to newspersons after meeting the Tamilnadu Chief Minister Edappadi Palanisamy, Dr.Harsh Vardhan said that before 2025 Tuberculosis would be eradicated from the Country.

He said that Tamil Nadu has been a forerunner in eradicating the disease. He also told that the Centre had permitted eleven additional medical colleges in the State this year he also said the Centre would give hundred percent support to all the activities carried out by the Tamil Nadu Government.